Disco Duck said:
We do have a couple of pollies who have a thought pattern that would be pretty close to that.
Click to expand...

At a barbie a few years back and met this fella who had these ideas like we should have the same right of carry and defense in those situations....... For once I didn't argue just walked away, total nut job .......... the thing is while we look at some of the US comments as laughable, many here have the same idea and not all seem to have a few Roo's loose, at first anyway....................

Drover said:
At a barbie a few years back and met this fella who had these ideas like we should have the same right of carry and defense in those situations....... For once I didn't argue just walked away, total nut job .......... the thing is while we look at some of the US comments as laughable, many here have the same idea and not all seem to have a few Roo's loose, at first anyway....................
Click to expand...

This topic is a tough call for me and being a humble (yet highly regarded) suburban wood artisan I don't have the answers, but I am fundamentally against my government stripping away my abilities to protect my family whilst they at the same time providing no effective protective measures, and water down the civil compliance. ok off topic.. Worked with a guy from Texas was out here for 12 month contract.
He said he was nervous walking the streets of Melb without his gun.
Also said yes been a few mistakes from the Castle law like someone walking around the back door to see if someone was home.
Showed me stats how car jackings, armed burglary has dropped, mainly as repeat offenders ended up being shot dead.
Worked with a few yanks over the years and some where pretty crazy. One I am sure wore white sheets. The things he said where not so funny as he believed them. Reactions: Disco Duck, Boots in Action, Drover and 1 other person as someone said elsewhere....anyone for KFC?

It doesn't seem all that long ago I would have said "Set Up" but I have found Stupid is spreading far and wide................. so not surprised....
Reactions: Disco Duck, mfexpanda and Boots in Action

I know 2020 officially the year where stupid won
Reactions: BJM

davemc said:
I know 2020 officially the year where stupid won
Click to expand...

Hi,
as I posted some time ago, the "stupid" virus that caused its own pandemic in 2020 has been far more dangerous than the pandemic from Covid-19.

And, as far as I am aware not a single cent has been spent on research to find a cure or vaccine for it. It is unclear to me what herd immunity would mean for the "stupid" virus.

this is a funny movie.. Or lately I think actually a doco Crusty181 said:
Pretty topical with the Media Bargaining Code under attack, and Google/Facebooks debate about how the loss of free news service streaming on social media will create a fact black hole. The Meza story was great example of how that regularly happens anyway and we currently can't tell fact from fiction on social media. Meza's bill is an example of actual fact vs social media fact. Texas's "castle doctrine" legally allows Texans to basically summarily shoot dead anyone who unlawfully enters their home. Mexa's amendment didn't remove that premise only adds some onus on the homeowner and they should take a breath, because just maybe not every burglar automatically deserves the death sentence on your loungeroom floor, or something along those lines.
Click to expand...

Unbelievable !!!
I think anyone who breaks into someone's house should carry a sign explaining why they are there. Stealing or raping or murdering etc. That would give the home owner some chance to decide on what their own course of action should be.
Otherwise................the loungeroom floor looks pretty good to me

We have a few muscle car fans. I have often thought about a Ute slide on. 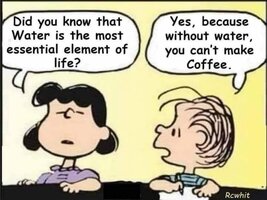 Maleny: Queenslanders love to go here in winter and pretend it’s Europe, it’s the one place we can wear our puffer jacket we bought to take to Melbourne.

Mount Tamborine: Brand new couples go here for romantic getaways. It’s all spa baths, champagne and cheese board up there. You know all the stuff you do before you’ve farted in front of someone.